24 entries in the Fire Glossary beginning with "L"

A group of fire fighters, officers and engineers that staff a ladder truck.

Flammable vegetation that helps a ground fire move into the canopy.

A truck outfitted for fire which is operated by a ladder company, and in most cases is not outfitted to pump water. Not to be confused with engine.

(LDH) Fire hose with a diameter of 4 inches or greater. LDH is typically used to supply water from a fire hydrant to fire apparatus such as an engine or tanker.

Aircraft with pilot used to make trial runs over the target area to check wind, smoke conditions, topography and to lead air tankers to targets and supervise their drops.

A cover or protetive device worn by fire fighters in some countries, also slang denoting a fire fighter.

A device used to torture probationary firefighters during an overhaul phase; a crew chief will send his Probie to fetch one, but no such device actually exists. Each truck the probie visits will consequently "Not have one", or "Another crew just took it", but each truck operator will know for certain that, "THAT" truck might have one over there... The process will repeat until the probie has been to each truck looking for the device while the crew chief increasingly chides him to "hurry up" over the radio. Similar to military non-objects such as Relative Bearing Grease or winter air for tyres.

Level A, B protective clothing

Different levels of encapsulation of firefighters used during HAZMAT incidents to minimize contamination.

A HAZMAT term denoting the severity of the incident and the type of response that may be necessary, where Level III is the largest or most dangerous.

A trademark for a wireless emergency call unit that triggers a telephone call to an emergency dispatcher when a button is pressed.

Portable net for attempting to catch victims falling or jumping from upper floors of burning structure.

A rope used where its failure could result in serious injury; a rope used for connecting a firefighter/rescuer to a fixed anchor point or to another person.

Derogatory term for wildland crew with a reputation for igniting its prescribed burns carelessly.

An additive to use with water in the extinguishing of petroleum and similar fires.

Surface buildup of leaves and twigs.

A fire hose under pressure from a pump. Also, an energized electrical line that may cause a hazard to firefighters.

A hose stream that has had a surfactant added to assist in penetrating burning materials.

Helicopter arrangement for lowering external loads into areas not available for landing.

(1) Safety person positioned to monitor the location and behavior of a fire, ready to sigal a crew to escape; (2) Fire lookout tower or fire tower, often on mountain-tops, for viewing the surrounding countryside and watching for signs of fire; (3) Fire lookout, the person who works in the fire lookout tower; (4) The L" of "LCES" safety mnemonic.

24 entries in the Fire Glossary beginning with "L" 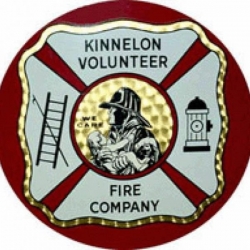